Single-agent anticancer therapies do not always prove effective enough against the myriad cells present within the malignancy. LipoCure’s LipoViTo LC-300 not only finds its way to the solid tumors, but also effectively destroys the diverse populations of cells which promote the tumors’ growth. LipoCure’s nano-liposome-encapsulated combination of vincristine (VCR) and topotecan (TPT) demonstrated a clear synergistic effect invitro..

Topotecan is primarily used for metastatic carcinoma of the ovary, small cell lung cancer, and recurrent carcinoma of the cervix. Vincristine is used for acute leukemia, Hodgkin’s disease, non-Hodgkin’s malignant lymphoma and neuroblastoma. Both compounds target well-known oncogenic pathways. The therapeutic effect of LipoViTo has been demonstrated in vivo in medulloblastoma and colon cancer animal models and it was shown to have a superior effect over non-encapsulated drugs.
Now the company plans to prepare for the clinical studies. 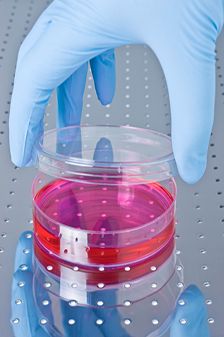